... the first week in Vietnam is already over and it kicked off quite "special".

My friend Chris, with whom I am traveling through all Vietnam, and I attempted to cross the border in Ratanakiri together with some of KYCs teachers who wanted to come with us for a weekend trip. Apparently only about 25 foreigners a year are crossing this border, so for the Vietnamese Border control, it was a very unusual process, especially as we "rocked up" without Vietnamese visas and only with invitation letters. After about 4 hours of discussion and waiting, Chris unfortunately was declined the visa as his invitation letter had been expired and I was let into the country. So we split for two days as I went on with the KYC teachers, while Chris was waiting for a new invitation letter in Ratanakiri.

Our first stop in Vietnam was Nha Trang, a very touristy and developed place with tons of tourists of whom 90% were Russian. But it was great to spend some last time with some dear Cambodian friends. After 4/5 days Chris and myself went then on up north the coast to and are now in Hoi An again a quite touristy place but nice.

The impressions so far from Vietnam ? It has a stunning coastline, some great food, people are very nice and helping (even though nowhere close to Cambodians) and Vietnamese people seem to not go out in the evenings so we are having very early nights here... which after 3 months in Ratanakiri is a bit disappointing, but I guess good for my marathon training, which is suffering anyway.

Enclosed some snapshots from Vietnam and soon some more. Also an entry from Chris, to mix this blog a bit up. 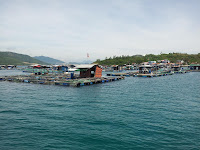 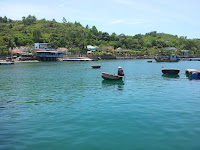 Posted by Joe's Adventures at 5:11 PM